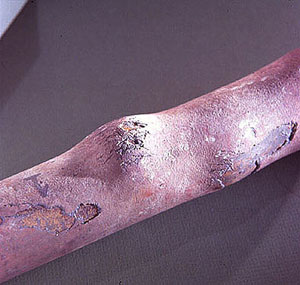 In our last article (Scale – How Is Scale Detrimental To Boilers), we discussed water hardness, different types of hardness, and we focused on some ways to pre-treat for water hardness prior to the feed water tank. In this article, we will shortly review what water hardness and we will focus on After-Treatment.

What Is Water Hardness?

Water hardness (also referred to as “Hardness of water”) is a measurement in parts per millions (ppm) of calcium and magnesium in the water.  Water containing calcium and magnesium typically accounts for the majority of the boiler scale. In boiler water, a level of 0 ppm of calcium and magnesium hardness is desirable but very difficult to achieve. Hard water is treated in several different ways in an effort to minimize scale formation in boilers. It is important to remove hardness before entering the boiler because once it is formed it is difficult to remove and causes substantial efficiency losses and potential damage. There are other natural salts and minerals such as silica that can also cause scale.

How do you treat for scale?

Complete Water Solutions focuses on Mechanical Treatment typically found in the Pre-treatment or treatment before the water enters the boiler.

Today we are going to cover some forms of  After-Treatment which is a water treatment process that occurs during or after the steam generation.

In the last article, we talked about different forms of Pre-Treatment Equipment such as water softeners, dealkalizers, and Reverse Osmosis. Pre-treatment is essential to the boiler feedwater. We also discussed that in boiler water a level of 0 ppm of calcium and magnesium hardness is desirable but difficult to attain. The feedwater entering a typical industrial boiler may have .005 ppm to 1 ppm of hardness even after the pretreatment.

What Chemicals Are Used In A Boiler?

Now we will talk about After-Treatment which is the water treatment process that occurs in the boiler or steam distribution system. We will be covering some forms of chemical treatment that takes place in a boiler system in scale control.

There are a number of chemical products that are used to prevent the small remaining amount of hardness from adhering and forming scale in the boiler. The particular combination of treatment chemicals used depends on the types and quantities of scale-forming impurities in the makeup water, boiler configuration, pressure and temperature of the boiler water along with other factors. Most water treatment specialists prescribe scale control agents that are based on one of four general families of chemicals. Those families are phosphates, chelants, polymer dispersants, and phosphonates. 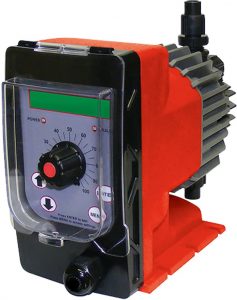 Phosphate is a chemical that causes hardness in boiler water to precipitate and settle out as a heavy sludge. The sludge tends to settle at the bottom of the boiler and is usually removed by performing a bottom blowdown. Phosphates are used in a few forms disodium, trisodium.  Phosphates are usually fed in large enough quantities to maintain a residual in the boiler water. As a caution, boiler operators should be alert if you have softener problems when using phosphate treatments. If the softener allows significant amounts of hardness to pass through, a large amount of sludge can form in the boiler. In a scenario like this, the boiler operator would need to perform a bottom blowdown more frequently.

Chelant is a chemical that helps keep the hardness in the boiler water dissolved so that it does not crystallize on heating surfaces. Chelants or chelating agents are known in the industry as solubilizing agents. The impurities can be removed by means of a continuous blowdown system. Chelants are based on a natural acid EDTA.  Some things to consider that Chelants can become highly corrosive to boiler steel in the presence of oxygen. Therefore you should use Chelant’s in steam plants that have good deaeration. Chelants are also primarily used when softening equipment or a combination of pretreatment produces 0 ppm of hardness.

Polymer Dispersant is a synthetic compound that prevents scale deposits by dispersing the scale before it deposits on boiler heating surfaces.  The polymer dispersant treatment provides a negative electrical charge on the surface of each crystal. Since charges of the same polarity repel, the crystals repel each other and do not adhere to form larger crystals. The polymer also applies the same surface charge to the heating surfaces in the boiler, which causes the crystals to repel from the heating surfaces. Water treatment specialists frequently use polymer dispersants in conjunction with other scale control agents to take advantage of the desirable qualities of each. Some water treatment specialists refer polymer dispersants as sludge conditioners. 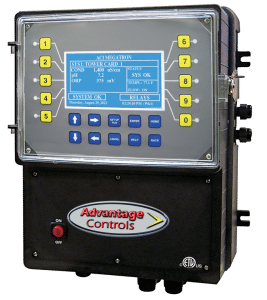 Phosphonate is an organic phosphate that provides multiple functions in water treatment.  The most common phosphonate is HEDP. In some cases, phosphonate treatments offer an attractive blend of the attributes of the other scale control agents. Phosphonates have some solubilizing ability, although weaker than chelant treatments. In addition, they provide some precipitation characteristics to help larger, heavier solids in the boiler water settle out and removed by blowdown.

These are just a few chemical compounds that are used in After-Treatment. To reduce the use of chemical treatment a good pre-treatment program is highly recommended.

After-Treatment in a boiler is typically monitored both by performing tests and by way of automatic controls, such as the ones illustrated below. 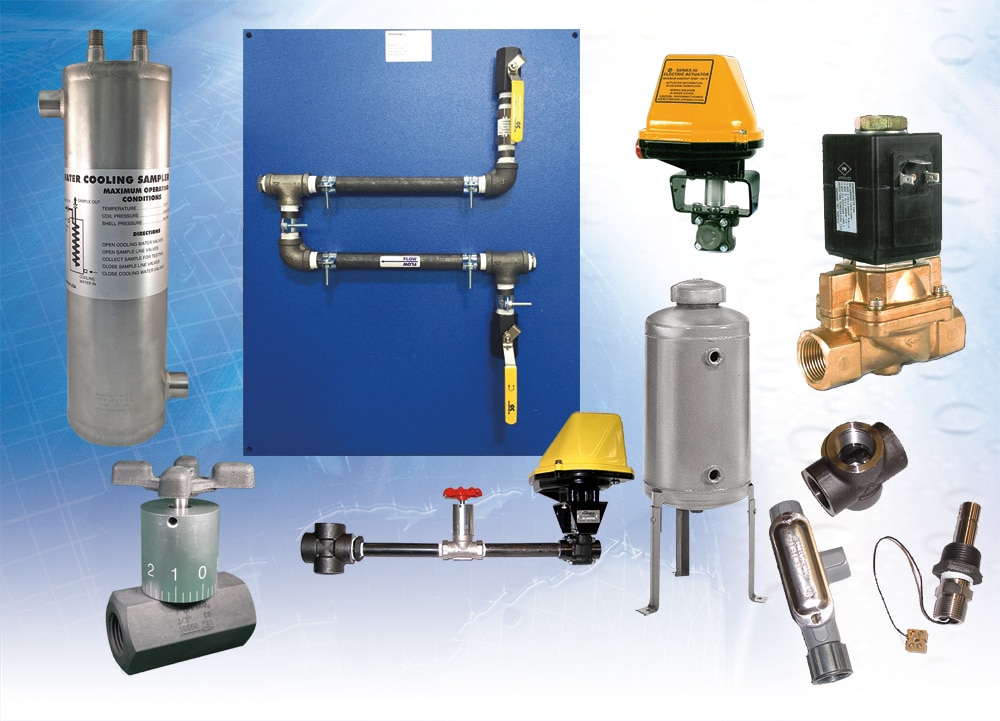 Complete Water Solutions provides all the above equipment and more to help in the reduction of hardness for your boiler system.